According to Goodreads, I read 34 books this year, which is pretty good going but down on 2015 I think, mostly because this year has been insane and crazy and wonderful and terrifying as I take my first Bambi-on-ice steps into the weird world of publishing.

So, standout books for me this year are a mixture of classics, new releases and some that have been out a while and I’ve only just got around to.

The Grapes of Wrath, John Steinbeck

This took a long time to read, I’ll be honest. Having studied Of Mice and Men at school (didn’t everyone?) I wanted to try this, having heard it was Steinbeck’s masterpiece. Opus is probably a better description. While I really enjoyed the size and scope of America filtered through the eyes of a small family, the sheer length and the sheer amount of bad shit that happens to them made it, in the end, a very depressing read.

And it had the strangest ending ever. I mean, what actually happens next?

Well, this was just incredible from start to finish and got five stars easily. I’d have given it six if I could. Such a powerful POV, glorious use of description, metaphor and simile, and a truly terrifying dystopian setting. This should be required reading at all schools. Loved it.

A brilliant use of the epistolary novel to create a mysterious and thrilling story that just keeps on surprising, Neuvel’s debut is stunning and I cannot wait for book 2 in the Themis Files.

Another debut, and this time from my fellow agency author Mark. I tend to try not to guess at endings of books or movies, because I like to experience the surprise and the resolution without any preconceptions, but even so the reveal at the end of Infernal was a delight and a shock in equal measure.

That’s three first person POVs in a row I’ve mentioned, and I always say I prefer reading third person. So they must be good!

The long way to a small, angry planet, Becky Chambers

Well this got another five stars from me. An unadulterated pleasure to read, it takes the best bits of Firefly and makes them into a book that is completely unlike Firefly, if that makes any sense at all?

The life and times of a small crew on a small ship in the vastness of space was tender, heart-warming, exciting, scary and hilarious, and a fabulous debut.

Best line? “Socks! Don’t match my hat!” (Read it to understand it)

This one’s a bit of a cheat, because I’m listing all three books in the trilogy here. But, much like Becky Chambers, Jen writes with enthusiasm and joy and her tongue firmly in her cheek – right up until something terrifying or bloody happens, when all that good humour gets leavened in the most dastardly way. Rip-roaring fun, and I can’t wait for The Ninth Rain, coming out in February 2017 – pre-order it, people!

Other honorary mentions go to Ed Cox’s The Relic Guild, Heide Goody and Iain Grant’s Oddjobs, Robin Hobb’s Assassin’s Apprentice and Peter Newman’s The Vagrant, all of which I thoroughly enjoyed.

I’m not saying the other books I read this year were rubbish – not at all. But the stand outs for me were a mix of genres, points of view and and plots, and looking back I’m surprised to see how much variety I managed to shoehorn into those 34 books.

While I’d like to say that next year I’ll beat 34 books, I’m not sure. I’ll be finishing edits for Godblind, drafting and polishing the sequel, living through the pants-wetting terror of Godblind review copies going out – and then Godblind itself being released into the wild – having a life outside of writing or reading books (what? you cry. Inconceivable!) and trying to fit in something that will pay the bills as well. Plus family and husband. (Should I have mentioned them first? Sorry guys – love you.) 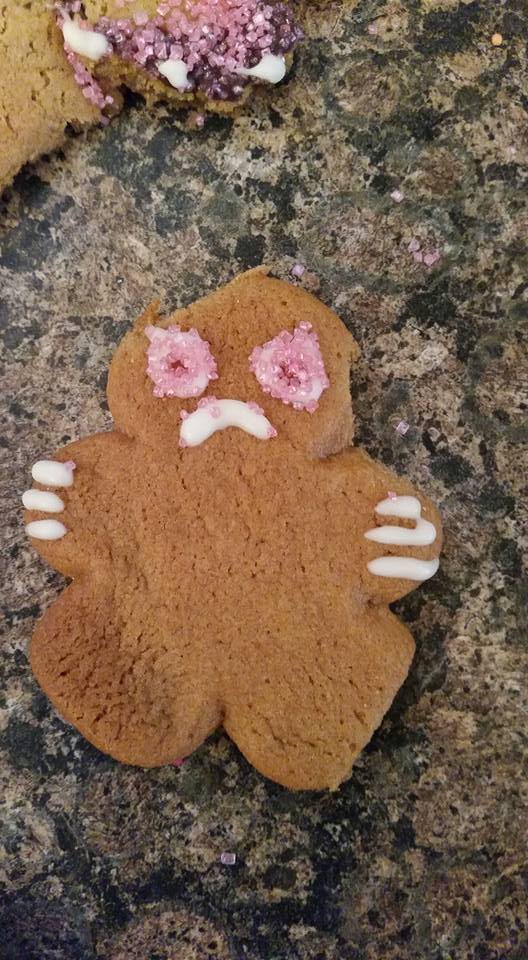 Currently watching: The Arrow, The Flash

Currently listening: Now this is Christmas

Anna Stephens a UK-based epic, gritty, fantasy author. Anna is a literature graduate, a weight lifter, a HEMA practitioner and a karateka, among other strange and nefarious pursuits and powers. She's represented by Harry Illingworth of DHH Literary Agency and sub-agented by Cameron McClure of Donald Maass Lit Agency for North America. The complete Godblind trilogy - Godblind, Darksoul and Bloodchild - is now available in all good book shops and online in the UK and Commonwealth (excluding Canada), with translated versions available - or soon to be available - in French, German, Polish, Dutch and Czech. When not writing or working, she can be found in the gym or reading or listening to rock n roll. Occasionally all three simultaneously - she's a superheroine you know. You can follow her on Twitter @AnnaSmithWrites or Goodreads and she has a Patreon for those who'd like to see monthly original fiction and detailed looks at her writing and editing process: https://www.patreon.com/join/annastephenswordseeker? View all posts by Anna Stephens