OK, confession first: I saw Wonder Woman this morning and I’m still a little hyper about it. Right, now that’s out of the way, let me tell you why I think we need films like this in our lives. 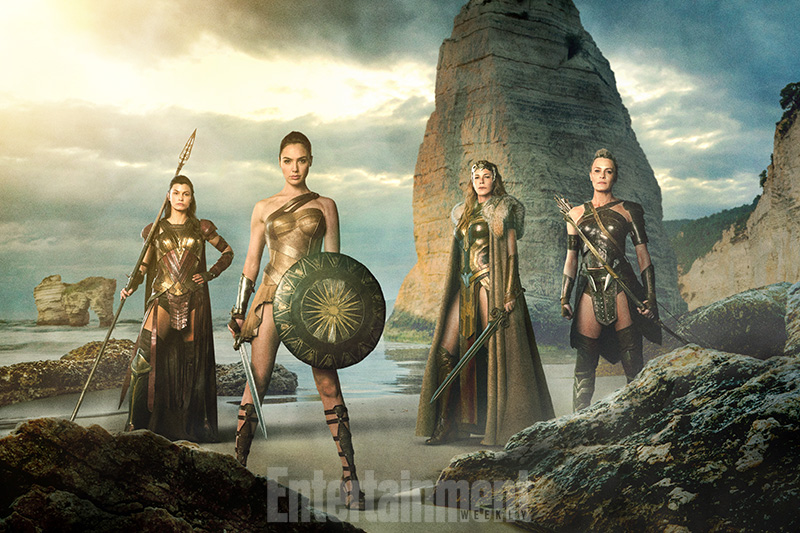 I’m going to talk about me for a minute, but go with it, because it is relevant.

I’m 37. I’m very soon going to be a published author. I work in an international law firm. I’m a martial artist. Those things, plus many, many others, combine to make me a pretty confident person. I didn’t used to be, but now I can walk into a room full of strangers, introduce myself, and hold a conversation with them. Generally, I can make them laugh. I’m so much better around people than I was. I’m more extroverted, more open, more honest, even when I probably shouldn’t be.

So, what does that have to do with the world needing Wonder Woman? Simple.

As a confident, friendly, comfortable in my own skin, comfortable in my own gender and presentation to the world, woman, I sat open-mouthed during a battle between Amazons and bad guys. I got goose bumps. I got teary. Why? Because these were powerful, aggressive warriors fighting for right, for honour, for each other. Fighting to save their lives and homes. Fighting for each other.

And they were women.

When Antiope leaps in the air with three arrows on the string of her bow (archers, suspend your disbelief – this is a superhero movie) I got a lump in my throat and tears in my eyes. Because she was beautiful and athletic and powerful and deadly. Freeze frame pretty much any fight scene in DC’s Arrow starring Stephen Amell, and you’ll see him in that same pose.

But Antiope is a woman.

You still might not see the connection between who I am and the impact the film had on me, so let me explain.

Maybe she’s growing up in a world that’s telling her she will never be enough – good enough, pretty enough, smart enough (but not too smart), thin enough, sexualised enough, in need of saving enough. Maybe the hyper-sexualised, toxic landscape we are all living in is starting to break down the inner warrior she has inside her.

Now imagine that girl going to the cinema and watching Wonder Woman.

Imagine her watching Gal Gadot, who is Israeli by the way (and let’s not even start on Lebanon’s response to that). Imagine her feeling a connection with Diana Prince: confused, uneasy in the world in which she finds herself, unable to understand the politics and prejudices in which she lives.

And then imagine how she feels when Diana embraces who she is and fights. How must that 12-year old girl feel to see Diana confident and certain of herself? And how does she feel when even Wonder Woman can feel self-doubt and then overcome it and be a powerful, strong, self-possessed woman in a world full of men trying to stop her and break her down?

I tell you, I would love to be that 12-year old girl right now, because who knows how much sooner I would have come to believe in myself? And who knows where I might be now as a result.

Is Wonder Woman a perfect film? No, of course not. But I challenge you to name a film that is.

And do we need that? Well, when a quick internet search brings up these three images and accompanying shout lines, I leave that up to you to decide. Wonder Woman is an excellent superhero movie – but because it was about a woman’s story, these are the headlines it is granted:

When we can treat a movie about a woman with the same respect as one about a man, then there’s hope for 12-year old girls everywhere. But when they see this, there’s a risk that all that empowerment, all that joy and confidence they may have absorbed from the film, will be poisoned. Because Diana wasn’t pretty enough. She didn’t have large enough breasts. She’s played by a woman who was ‘just’ a beauty queen and therefore can be discounted as a serious actor.

Do we need Wonder Woman? Hell yeah. Do we need this particular level of misogyny in response? Well, that’s up to you to decide.

But I know where I stand, now and always – with Diana.

2 thoughts on “Why we need Wonder Woman”