After the fun and frolics of Edge-Lit (15 July) I then got involved in lots of other author stuff, doing a Facebook Live event alongside Anna Smith-Spark on 20 July, which was followed that same evening by a New Voices in Fantasy panel with Ed McDonald, moderated by Tom Lloyd.

The Facebook Live was a hoot, with publishing director Natasha Bardon behind the camera directing things and generally throwing curve balls at us every few minutes. We had to think on our feet, but it was a really fun experience.

Unfortunately, technical difficulties meant that while we thought we were live, it turns out the live stream didn’t start until after we’d finished! So we only managed to get one audience participation question during the session. Hopefully we’ll get the chance to do another at some point.

After that we took a taxi to Waterstones Piccadilly and our panel event. It was a mistake. A big mistake. Rush hour traffic meant that 30 minutes on the Tube took us an hour and 20 minutes by taxi, so by the time we arrived at the shop, there was no time to get dinner – we were in and we were on!

It was a packed out event, mostly filled with Ed’s family who were treating the event as his launch party. We all did short readings, the Tom asked some great questions about the nature of grimdark and fantasy, the writing process, what it’s like to be a debut with a big publishing house, the hardest thing we learnt as debuts etc. It was really fun, though I don’t think any of us agreed on anything to with the big questions! After the panel we signed some books and chatted to the people who’d come along. I introduced myself to Tom Pollock, as I’m a big fan of his Skyscraper Throne trilogy, and managed about 17 words with him before I was called away.

Lots of people went on to the pub afterwards to have fun, but I had to go home… And as I still hadn’t eaten by then, I had a lovely sandwich and a beer on the train with all the suited commuters who stared at me like I was an exotic insect. Drinking on a Thursday? Not obviously an office-worker? What are you?

Fast forward to 26 July, and I was fortunate to be interviewed by Paul Franks on BBC Radio WM, which you may still be able to listen to here. We chatted about Godblind and the path to publication, being a local lass and how I came to be a writer. It was really good fun and a little overwhelming – I’ve never been in a radio studio before and my headphones were too big and kept slipping and when that red recording light goes on it all gets a bit scary. But excellent.

I did waffle and hesitate and say ‘um’ quite a lot, but they edited those bits out and made me sound slick and professional, which is a relief!

Fantasy in the Court

3 August was my second FITC and my first as a published author. It was actually more fun that the first one I attended, simply because I knew a lot more people. There were so many people there I struggled to speak to everyone I wanted to – I spotted Tom Pollock again, he complimented on my (rather excellent) T-shirt, and then we were swept away by the tides of people and alcohol. Maybe speaking to Tom just wasn’t meant to be? 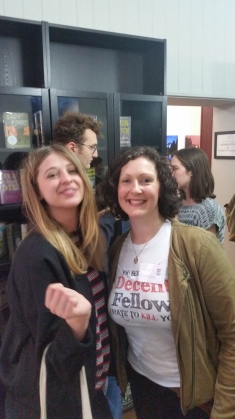 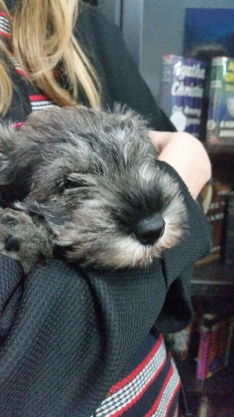 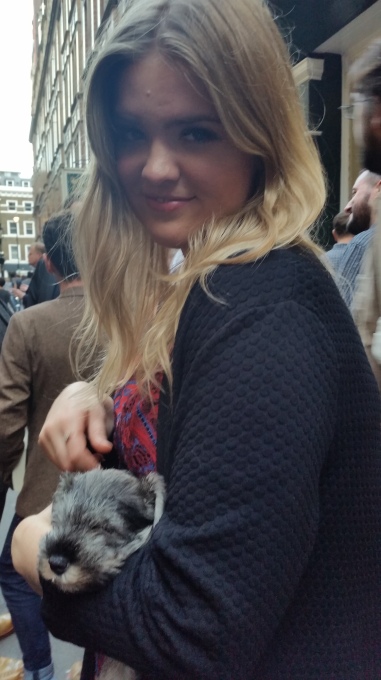 Then we went to some random pizza place and had pizza.

Then all the pubs were shut. *sad face* BUT, I was staying in a hotel! Surely the hotel would have a hotel bar?

The hotel bar was shut *desperate face* BUT, I was a guest at the hotel. This meant that me and my guests – Mike Everest Evans, Kareem Mahfouz and Laura Hughes – were allowed into the secret bar.

You got into the secret bar by pulling on a gold hand (all very Jaime Lannister) next to a wall made of jars and a hidden door opened and there was a bar in there! With booze and seats and booze and tables and booze and everything!

And then madness happened. We ordered champagne.

And when that was gone, Mike ordered more.

That is not the case.

BUT, it was bloody good fun. I blame them. Look at them, they’ve practically got Bunch of Reprobates tattooed on their foreheads.

Are you still with me? This is a long post, isn’t it. Not even sorry.

This was my first Nine Worlds, and the husband was coming to Hammersmith to meet me. So I needed to get to Hammersmith. Despite the hangover from hell, this wasn’t as awful as I’d expected, and I got there easily and really early. So early I couldn’t check into the hotel. So instead I checked into the convention, wandered around a bit, and generally woke myself up.

I had two panels and a signing at Nine Worlds. The first was with Ed McDonald (again, he’s everywhere) and RJ Barker and was amusingly known as RJ Barker and Associates. Sebastien de Castell also turned up, but we were all too starstruck to refer to him as an associate of anybody.

We each did a reading and then answered questions on our book but via the medium of a zombie apocalypse. You know the sort of thing: in the event of a ZA, which of your characters would you like to have on your side? Which dinosaur and weapon combo is most likely to get you through the ZA? And then a random question from RJ (of course) – which sea creature – not mammal – would you be, and why. I opted for glow in the dark jellyfish.

My second panel with a bit of a random one – technology for writers. We didn’t have a moderator, and things headed downhill pretty quickly as we tried to discuss the types of technology we use and why. Fortunately, podcaster, reviewer and comedian Gregory Akerman was a panellist and very astutely took over moderator duties and managed to corral us into making at least some sense at least some of the time.

After that I did a quick signing and then attended a panel event on the history and traditions of the sword. Which was fun.

And that was my Nine Worlds, kittens. How was yours? 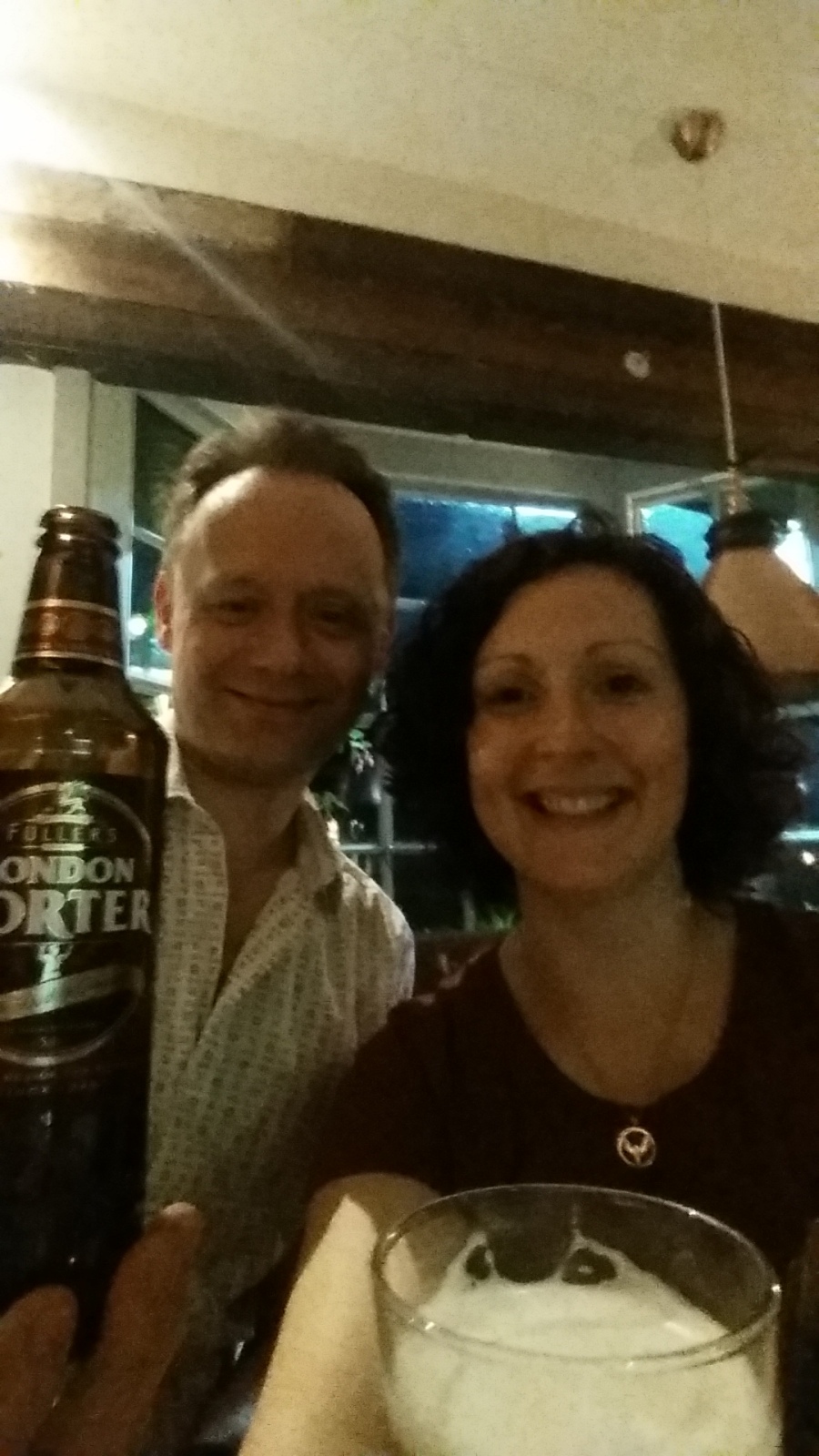