Harper Voyager made the somewhat dubious decision to invite me to attend this year’s Gothenburg book fair. Having never been to Sweden, and keen to do everything possible to promote Godblind and generally be a ‘good author’, I of course said yes. It was ridiculously exciting to be invited, and they graciously allowed me to bring my security blanket with me – The Husband.

It began with a 6.20am flight from Birmingham to Landvetter on a plane so small it was powered by elastic bands. We won’t mention that necessitated getting up at 3.45am…

It was a two-hour flight, there were 10 passengers, and we got complimentary ham and cheese croissant and tea. An epic start made even better in that we took off as the sun came up.

The Husband was excited to learn we would have a driver pick us up from the airport – he’d have a board with my name on it, like I was some sort of important person. We had delusions of rock stardom, possibly caused by the aforementioned early wake up call.

We flew in over the sea, over the coastline and thick pine forests littered with lakes and rivers – more countryside than urban sprawl, and landed at Landvetter airport, which is in the wilderness. Our driver was there, with my name on his board, and we were off, out of the wild onto a massive motorway towards Gothenburg.

Sweden is beautiful. It is clean and fresh and wild, and Gothenburg is clean and tidy – there’s no litter, no graffiti, no abandoned buildings. Trams and cars share the transport system, the streets are wide and elegant, there are beautiful rivers lined with parkland… Absolutely lovely. 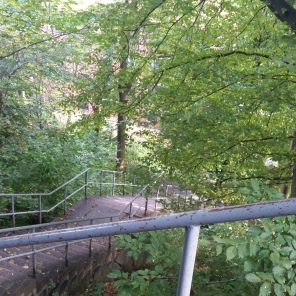 We weren’t sure what time the others – Natasha, Jaime, Ben, Sarah Pinborough and Peter Newman, plus some others from various HarperCollins departments – were going to arrive, so after checking into our astonishingly lovely room at the Gothia Towers hotel – on the 29th floor, no less – we headed out to explore.

We found the centre of Gothenburg and explored the shops and parks and rivers, had a spot of lunch and then hurried back to the hotel to meet the others before our first event at 4pm – pitching to booksellers.

So, up I trundle to the microphone, trying hard to remember what the bloody hell my novel is all about, and what follows I can only describe as 90 seconds of high-speed book babble. The worst pitch in the history of pitching? Possibly not, but I don’t think I won over many sellers either. Nerves got the better of me, but there you go – it’s all a learning experience and hopefully I’ll do better next time. If there is a next time…..

Peter Newman and Sarah Pinborough were both, of course, cool as cucumbers and perfectly amazing. I remembered they both used to be teachers, so standing up in front of strangers and looking authoritative clearly comes naturally to them. Ah well, practice makes perfect.

Then we went into the event/party/drinks reception HarperCollins was hosting and Ben dragged me to various groups of people and made me pitch to small individual groups – I was definitely better at that, and hopefully made up some ground.

Then there was an hour or two for us all to relax in the bar. The Husband and I got lost trying to find Heaven – the cocktail lounge on, I think, the 23rd floor of Tower 1. We were staying in Tower 3 and failed to grasp the concept that the 23rd floor of what was, effectively, a different building couldn’t be accessed by the lift in our building. Cue much embarrassment.

We finally made it to the others, who were deep into margaritas by that point, and played catch up with Pina Coladas. There was some very weird chat going on, and Sarah and The Husband discovered a mutual love of the Carry On films. Cue bad puns and much hilarity. 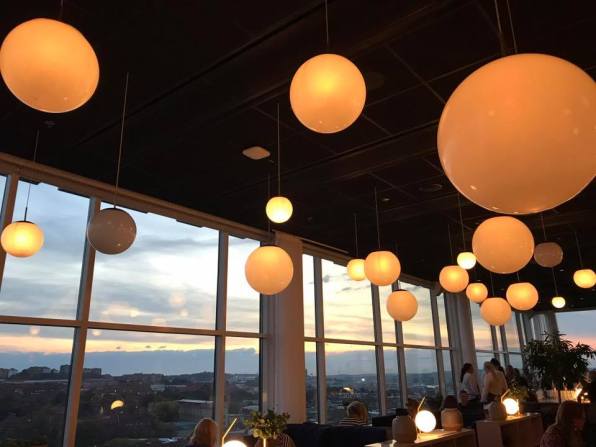 And then it was on to dinner! We took some booksellers with us as guests, and I spent the evening talking to the very, very lovely chaps from The English Bookshop – they have stores in Uppsala and Stockholm if you ever want to visit. It turned into a very late night – I think we got back to the hotel at about 1.15am – and we’d been up since 3.45am….

According to The Husband, I fell unconscious pretty rapidly and spent the night “snoring like a little hog”. I couldn’t possibly comment.

Day 2 dawned bright and astonishingly lovely. We had breakfast with Peter and then met the others for a pre-panel chat. Natasha gave us some cues for questions she was going to ask, and then we were off.

It was a really fun panel on the importance of booksellers to authors and publishers – not just the large chains, but the independents as well. We had a good turnout as well, and the audience asked some great questions. We did a quick signing and then went for lunch: the prawn mountain. I did not conquer the prawn mountain, but I made it most of the way up.

We then had a second signing, at the Science Fiction and Fantasy shop’s stand within the main book fair. We sold a good few books and the shop’s employees were fantastic. After that, our duties were done for the day.

Natasha, Sarah, Peter and the others were all flying home that evening. The Husband and I were staying another night, so we parted ways.

We went out for much-needed dinner and relaxing drinks, and flew to Heathrow on the Saturday morning. The Husband then went home, and I headed to Fantasycon in Peterborough. And that, dear friends, is another blog post entirely.