This is supposed to be a newsletter, but my newsletter server/provider is currently having issues whereby everything it sends gets delivered to the recipients’ spam folder, which is less than ideal. So, it’s here, instead.

Book baby 2 is due

Hello! I hope that, like me, you are all flailing with excitement at the knowledge Darksoul is about ready to be published.

I hope, unlike me, that you are not suffering the anxiety of whether or not people will enjoy it. Because that’s rubbish, but also an expected part of any creative project, I suspect.

It’s only a matter of days to go now, so if any of you have read it, please, please consider reviewing it on Goodreads or NetGalley or your blogs. It all helps.

If you’re intending to buy it, please, please remember that pre-orders are really important to give a book that publication day boost and increase its visibility.

I’ve got a fair few appearances lined up in the next few months. Anyone would think I had a book coming out…

All the details are on my whereabouts website page, but they can be summed up thusly:

There. Isn’t that helpful?

I’m also going to be panelling with some new people, which is always great fun. As much as I like my fellow 2017 debutantes, it’s always nice to get different perspectives on panel events. So I’m very pleased to announce that at the abovementioned events I’ll be joined by Catriona Ward, Gareth Powell, Cameron Johnston, Jeannette Ng, Adrian Tchaikovsky, Mike Brooks, and more! Oooooh.

This issue’s shout out is only tenuously connected by SFF. I know, I know, I’m breaking my own rules. Such a rebel.

About three months ago, I joined Birmingham HEMA club (Historical European Martial Arts) to learn medieval Italian longsword. There’s me, in the photo. I’m the one on the left with the pink shoes and the boobies. 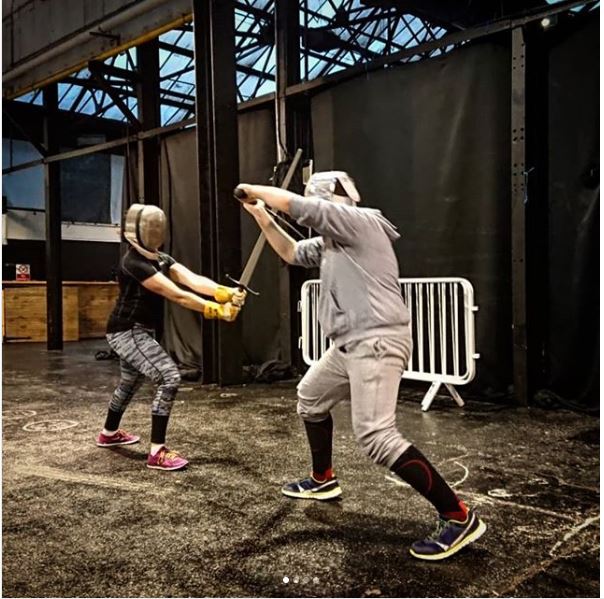 People, I cannot tell you how much fun this is. I may have mentioned it before, but honestly, being told to hit someone in the head with a sword has fulfilled a hitherto unknown need in me. I like hitting people at the best of times (in training) but hitting them with swords or daggers? I cannot describe the utter glee. It’s a good job we wear full face masks because I must look crazed, grinning manically as I hack and stab away.

As well as being some of the most fun you can have with your clothes on (NO sword and scabbard jokes, people, let’s keep it clean), it’s also great research. No long exchanges of thrust and parry, oh no. Sword fights are short and intense, an exchange of three or four blows and then combatants separate, circle, look for the next opening. To say it’s already affected how I write fight scenes is an understatement.

Plus, it increases my badassery by a factor of five.

With Darksoul about to claw her bloody way into the world, you’re of course keen to know about book 3. I still don’t know if the title has been accepted, so it’s still book 3 for now. When I know, you’ll know.

I’ve just received feedback from my agent on the first/second draft of book 3. Aside from some tightening up in the first half and the rejigging of some chapters to weight the narrative more evenly (which is a lot less work than I’d been anticipating after the trash fire that was Darksoul’s first draft), the biggest request has been MOAR DEATH.

Now, I hope you’ve read Godblind, and I hope you’re going to buy Darksoul, so you already know that I like to spread death around with a big shovel.

What you may not know about are the absolute agonies I go through when deciding to kill a character, and then writing their death. It genuinely hurts, somewhere deep inside, and I nearly always cry. Ugly tears, not Hollywood tears. Snot and everything.

So, having done terrible things to my characters over the course of three books and fifteen years, and killing those who had to die, I thought I was done. I wanted to be done. I needed to be. Turns out I am not done. Agent Genocide himself is calling for even more tragedy.

So, hold onto your hearts, people, because it’s going to get ugly. 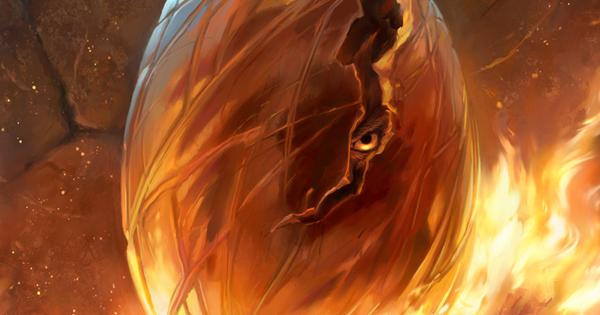 I have a longish short story appearing in Unfettered III, an anthology which is due for publication on 19 March 2019. It’s called How Not to Invade a Country, and it features none other than Captain Crys Tailorson of His Majesty’s Ranks, Rilpor.

It’s set a few years prior to the events of Godblind, and those of you who know the book well will see a reference to this incident in Crys’s first meeting with Commander Durdil Koridam.

I had loads of fun writing it, mostly because Crys is one of the most joyous characters to write when he’s being a cynical bastard, and he certainly is in this.

The anthology is to be published by Grim Oak Press, and the story behind them is pretty remarkable. Here’s a quote from the website:

In 2011, Shawn Speakman was diagnosed with non-Hodgkin’s lymphoma and did not have health insurance due to a pre-existing condition. To combat his fast-accruing medical debt, SF&F writers donated short stories that became the bestselling anthology Unfettered. It paid off more than $200,000 in medical bills.

Unfettered launched Grim Oak Press, a brand new SF&F publishing press with the big dream of helping others. It has grown ever since. After five years, Grim Oak Press spawned the non-profit Grim Oak Shield, both businesses working hand-in-hand to defeat medical debt for authors and artists in need.

So, clearly Unfettered III is going to be for a great cause. It is also featuring stories from genuine giants of Fantasy, including Megan Lindholm (Robin Hobb), Tad Williams, Naomi Novik, plus stories set in the worlds of both Wheel of Time and Dune!

People who tag authors in negative reviews, or when complaining about an element of their work.

There’s been a real spate of it lately that I’ve noticed on social media, and I’ve had a couple myself.

Please don’t. That’s like me coming in to your place of work and denouncing your ability to do your job in front of all your colleagues, friends and family. How would you feel? Not every book is suitable for every person – and that’s a good thing. What a dull world we would live in otherwise.

That’s it for this issue (or blog post; it’s so confusing).

Darksoul enters the world on 23 August – if you’d like to attend the launch party in Waterstones, Birmingham, sign up on their events page.

“Live well. Fight hard. Love harder. That is all any of us can do.” – The Fox God, Darksoul

One thought on “Darksoul, events, anthology stories, and HEMA”