I was recently sent an ARC of Rosewater, Tade Thompson’s new novel which is being published through Orbit on 20 September. It is the first in the Wormwood Trilogy, set in a near-future Nigeria seemingly blessed with an benevolent alien presence.

Rosewater is a town on the edge. A community formed around the edges of a mysterious alien biodome, its residents comprise the hopeful, the hungry and the helpless—people eager for a glimpse inside the dome or a taste of its rumored healing powers.

Kaaro is a government agent with a criminal past. He has seen inside the biodome, and doesn’t care to again—but when something begins killing off others like himself, Kaaro must defy his masters to search for an answer, facing his dark history and coming to a realization about a horrifying future.

Rosewater is a brilliant novel that won the inaugural Nommo Award for Best Novel – Africa’s first award for speculative fiction. It was also a finalist for the John W Campbell award for best science-fiction novel, and is already garnering great support among advance readers.

Despite his busy interview schedule, Tade kindly agreed to answer a few short questions for me here on my website. Enjoy – and then pre-order his book. You won’t regret it. 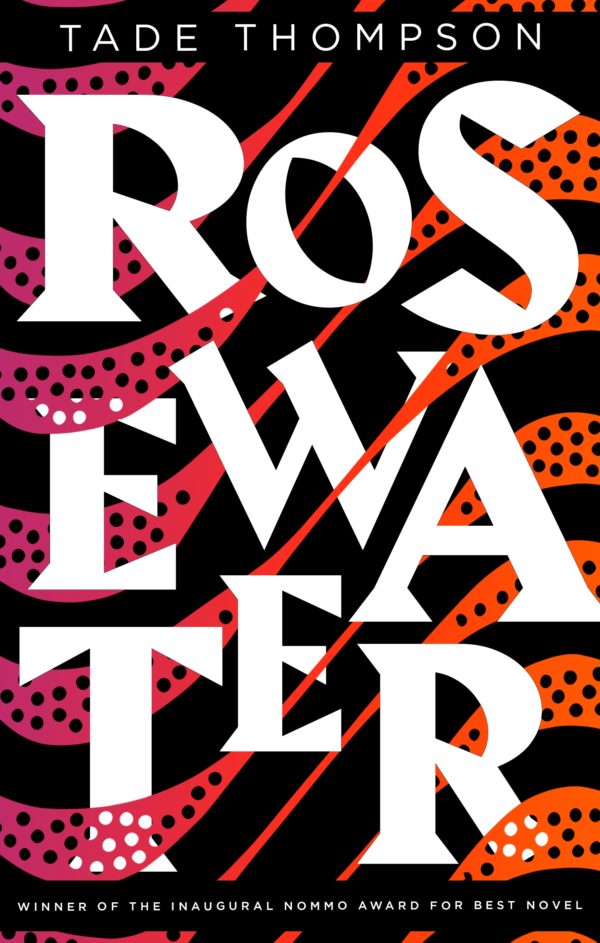 Hi Tade, thanks for agreeing to a short interview. I was lucky enough to get an ARC of Rosewater from Orbit a couple of months back, and I was thoroughly sucked in to the world you created. I also note that you wrote a short story entitled the Bicycle Girl in 2014; was that the origin of this trilogy, or did you release that story to gauge interest in the idea?

How easy is it to write near-future sci-fi, especially one set on earth?

Did you find that there were a lot of constraints and requirements to keep things recognisable, or was it the chance to subvert the ‘ordinary’ that drew you to this timeline in the first place?

Section 45, the shadowy government organisation in charge of ‘sensitives’, of which your protagonist Kaaro is one, appear to use these people for their own ends, working them with little consideration for their own desires, even to the point of sensitives falling ill. It reminded me a little of the British colonisation of Nigeria and their imposition of an economic system designed to profit from human labour. Is this a deliberate commentary on Nigeria’s past through the lens of its (sci-fi) future?

I very much enjoyed the ‘disappearance’/lack of involvement of the USA in the narrative. It felt very much like a huge power shift in the world. Was this intentional?

You can follow Tade on Twitter and check out his other novel and short stories available on Amazon.